"I'M ON THE TRAIN" - that's me shouting, because that's what people do when they use their mobile phones on the train!

Anyway, I was on the train on both Thursday and Friday (there and back) so I needed a travelling project.  The random number generator chose this one: 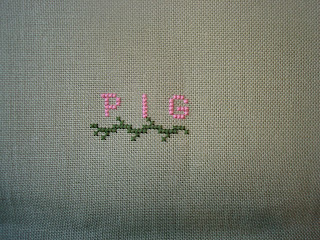 That was the little bit I started on Wednesday after I'd made a nice thread sorter so I didn't need to take every skein of thread with me.

Here's where I ended up on Saturday, I continued stitching when I got home: 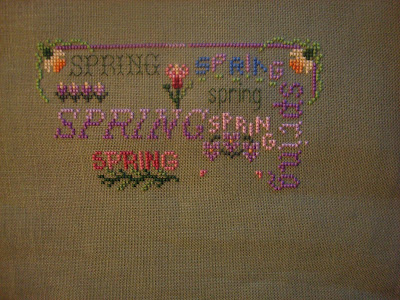 The fabric is a 32 count green linen called Dark Reed Green from Willow Fabrics and is rather difficult to photograph accurately.

Posted by Jo who can't think of a clever nickname at 10:47

I love the colors on this design! So springy!

Wow, great progress on this lovely design. I also love stitching with nice and bright colours at the moment.

Fantastic progress!
Aren't people so annoying when they talk on the phone on the train... why do they feel the need to include us all in the conversation?!? Although I must admit I do hear some quite interesting things when I hear the one sided conversations! :o)
Hugs xx

The colours of this are so gorgeous - love it! 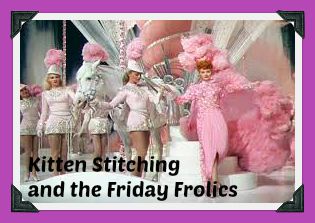